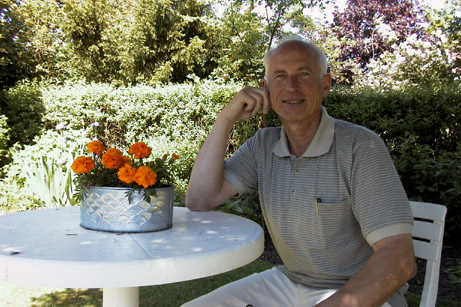 In 1983 Danish engineer Jørgen Wilson started the first attempts to develop a new pickup system for sound amplification of the double bass based on piezo transducers, which, placed on a string instrument, makes it possible to adjust volume on every single string manually. Mr. Wilson could with his trained ears as an amateur jazz bassist adjust the development proces of the Pickup system to its maximum capacities.

The developed Wilson Pickup System turned out to be groundbreaking in the field of double bass amplification and has ever since resulted in a growing demand from bass players worldwide as well as from cellist, violinists, and other string playing musicians with a need of a high quality amplification of their instrument. Today the Wilson Pickup System is used by leading musicians all over the world.

Ole Wilson has been working around in the workshop for many years and has followed in his fathers footsteps because of his interest in musical instruments and sound. Ole who has been trained by his father in all necessary sales, quality and production processes, has taken over due to a running generational of the company from 2012.

Here you can use :

This website uses cookies to improve your experience while you navigate through the website. Out of these, the cookies that are categorized as necessary are stored on your browser as they are essential for the working of basic functionalities of the website. We also use third-party cookies that help us analyze and understand how you use this website. These cookies will be stored in your browser only with your consent. You also have the option to opt-out of these cookies. But opting out of some of these cookies may affect your browsing experience.
Necessary Always Enabled
Necessary cookies are absolutely essential for the website to function properly. This category only includes cookies that ensures basic functionalities and security features of the website. These cookies do not store any personal information.
Non-necessary
Any cookies that may not be particularly necessary for the website to function and is used specifically to collect user personal data via analytics, ads, other embedded contents are termed as non-necessary cookies. It is mandatory to procure user consent prior to running these cookies on your website.
SAVE & ACCEPT
Translate »
Scroll Up